Amazon UNIVERSITY Esports Registrations are now open in the UAE

The league will set the stage for Amazon MENA Masters Finals, the culmination of the Amazon UNIVERSITY Esports roadmap, where UAE teams will represent their country in the regional championship. 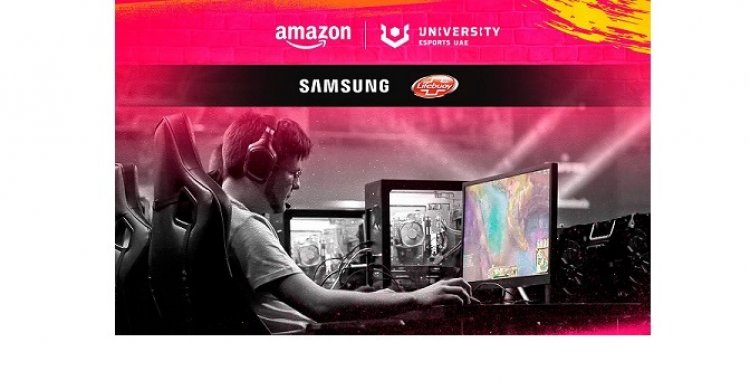 Successfully closing off its first-ever season in the region, Amazon UNIVERSITY Esports gets ready for a much anticipated second season in the United Arab Emirates.

Since last October, teams from universities all across the Middle East and North Africa have been competing to stay at the top of the scoreboard in what has already become the breeding ground for the most promising esports champions in the region.

Registrations will be open on February 8th for VALORANT, on the 10th for League of Legends, and on the 16th for Rocket League. New teams are encouraged to sign up to claim the championship and shoot for the prize pool.

Gather your team and participate in the biggest Valorant tournament for university students????

Get the chance to win amazing prizes and become the hero????

Registration is open till 26 February through the link: https://t.co/LJRTC0p8zF@AmazonAE pic.twitter.com/XVlOijP7gB

Adding to one of the season’s biggest recent announcements, the arrival of Amazon to the competition, Amazon UNIVERSITY Esports will continue with the support of some of the leading publishers and partners in the industry that has been with the competition since its arrival in the region. Riot Games, publisher of VALORANT and League of Legends, has  given students the chance to compete in some of the leading games in the esports scene

“Lifebuoy is excited to connect with the region’s fast-growing community of young gamers and bring its germ protection message to them. Hand hygiene has never been more important and is today a key preventative measure. As one of the leading hygiene brands in MENA, and the third most chosen consumer brand globally, Lifebuoy continues to reiterate the message that our safety is in our hands.”  Sandeep Kohli, Vice-President Beauty & Personal Care Unilever MENA, Russia, Ukraine, Belarus & Turkey

“The gaming industry has hit an inflection point, where e-gaming has evolved into a spectacular phenomenon, converging communities of avid gamers and gaming enthusiasts into a mainstream sporting event. Through our product offer, Samsung has always been a strong proponent of gaming-everywhere, a liberating value proposition as we approach customer-centricity as an enabler of lifestyle choices. We are delighted to partner and associate with Amazon University Esports, as it provides a platform to support and nurture gaming talent from the region, and importantly aligns with the brand’s ethos of being an enabler of consumers’ passions.” Osman Albora, Head of Mobile Experience Division

Amazon MENA Masters Finals, the culmination of the Amazon UNIVERSITY Esports roadmap in the region, will set the final stages of the competition where the best teams of each country will not only get a chance to represent their university but also have the honour to represent the UAE. Throughout the Amazon UNIVERSITY Esports roadmap, the winning teams from the regional VALORANT and League of Legends will qualify for a place in the Amazon MENA Masters Finals, for a chance to compete against the other three countries for the Championship title.

Amazon UNIVERSITY Esports is a global project where students come together to compete for their university. We organize inter-university competitions at a local, national and continental level allowing students of all abilities to participate in esports tournaments. Founded in 2014, we’ve grown from organizing tournaments in Spain to managing national and international competitions on two continents. We improve the student experience by helping students make friends, enjoy their passion, and develop skills through university esports competitions. In addition to our tournaments, we create activations on campus, support student leaders through our Ambassador project, and provide several Talent projects to help students with their career development.

GGTech brings the world of video games and electronic sports closer to society promoting values such as integration, sportsmanship, teamwork, and the desire to improve, and using entertainment as motivation to learn. GGTech Entertainment is committed to interactive environments, specialized in the development, production, and commercialization of video games. Also investing in generating content with new technologies such as virtual reality, augmented reality, and mixed reality. More information: www.ggtech.es.