The action begins on the 12th of August. 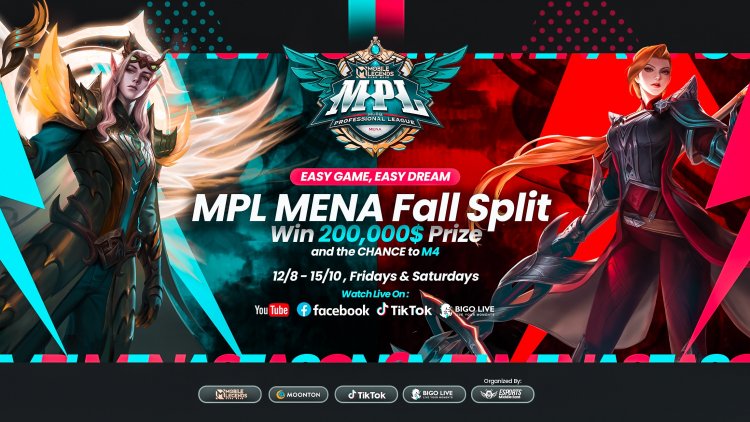 Mobile Legends: Bang Bang is returning this month bringing back the MPL Fall Split League Series in the Middle East and North Africa from Moonton Games in collaboration with the company Esports Middle East. This follows the hugely successful Spring Split that took place earlier this year, and the organisers are hoping to see a similar level of success with a complete rooster of regional teams and commentators.

In a Round Robin format, the $200,000 event will begin on August 12 and go through September 24, 2022. The top four teams from the qualifications will proceed to play in the Playoffs from October 7–15, where they will eventually compete for a spot in the Grand Finals.

Saeed Sharaf, CEO and Founder of Esports Middle East, said: “We are overjoyed to witness MOONTON Games’ outstanding support for the MENA gaming community. An event of this magnitude is a watershed moment for MENA, and we can’t wait to see who the worthy challenger from the region at the M4 World Championship will be!”


Thrones Esport, Hydra, Squademon, Rappelz Squad, DOMINANCE, AXE, Aogirl Fam, and Unique Synergy are among the competing teams that have qualified from their regions.

On the official Mobile Legends: Bang Bang MENA channels on Tiktok, BIGO Live, Facebook, Instagram, YouTube, and Tiktok, all of the matches will be livestreamed. The livestreams will be presented by a number of local celebrities, including Khaled Zuzu from Syria serving as the primary presenter.