Mastercard will be the official sponsor of the Saudi Esports Federation's Gamers8 gaming and esports event during the three-year partnership. 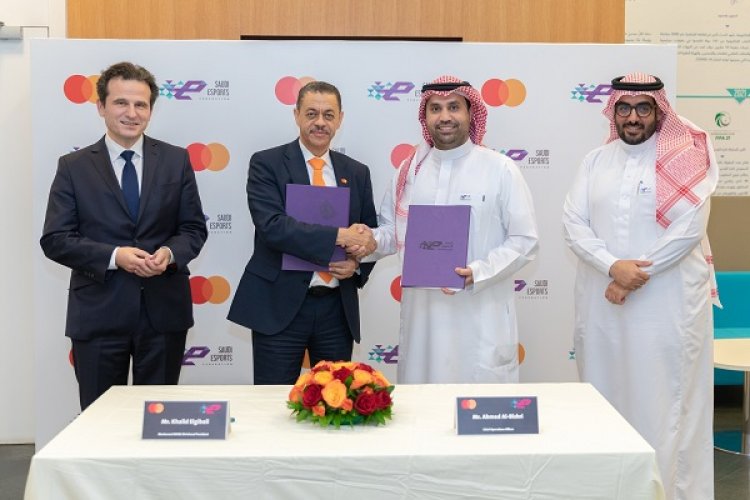 Mastercard has agreed to become an official sponsor of the Saudi Esports Federation's Gamers8 gaming and esports event for three years.

The partnership's financial details weren't made public. In accordance with the sponsorship agreement, Mastercard will run a number of daily competitions and experiences throughout the Gamers8, which has already begun and will last until September 8. The Mastercard E-Lounge Tournament, which pits gamers against each other for prizes, is one of the experiences organised by the Purchase-based company.

Ahmed Albishri, Chief Operating Officer at the Saudi Esports Federation, said: “The Saudi Esports Federation was established to nurture the Kingdom’s elite gaming athletes and develop its gaming community and industry. Over the years, we have taken several important strides towards doing exactly that. Our partnership with Mastercard represents a significant and timely step forward, one that will not only help us keep pace with the rest of the world but propel us to the leading edge of gaming. Together with Mastercard, we look forward to delivering truly rewarding experiences and creating lasting memories for people across the country to revel in. This promises to be a game-changer for all players.”

Adam Jones, Country General Manager, MENA Central, at Mastercard, added: “Gamers8 is shaping up as a truly unique and history-making event – one that showcases the Kingdom’s growth as a leading digital hub, and provides people access to a wholly immersive experience. We are delighted to be working with the Saudi Esports Federation and our network to deliver the greatest esports and gaming event ever.”

Gamers8 is set to strengthen the Kingdom's digital infrastructure and is the most recent action taken by local authorities to hasten the country's digital transformation. It is in line with the objectives of Saudi Vision 2030. Gamers8 will highlight the Kingdom's burgeoning esports industry and culture, drawing attention to the ongoing growth and development of its digital economy in line with Mastercard's mission to connect and power an inclusive, global digital economy that benefits everyone.