After Expo 2020, which captured the attention of the entire world, the Dubai Exhibition Center will host the Dubai Esports Festival (DEF2022). 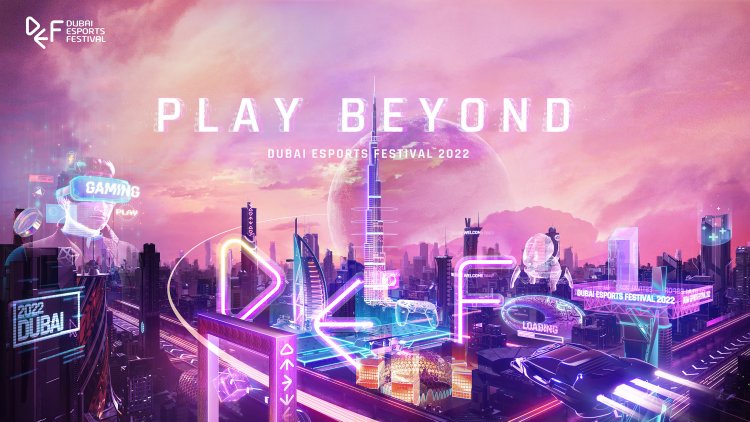 It will be held in conjunction with VSPN and in keeping with Vice President and Prime Minister of the UAE and Ruler of Dubai, His Highness Sheikh Mohammed bin Rashid Al Maktoum's vision to establish Dubai as a premier events destination and a global city at the forefront of innovation.

As part of the strategy to further advance Dubai's position as a global hub for esports and interactive tech-driven entertainment, Dubai's Department of Economy and Tourism (DET) and VSPN will launch a number of events and activities beginning with DEF 2022. The festival will feature a wide range of events, such as a top-tier international esports tournament featuring well-known professional esports athletes, the beginning of a school tournament, a concert featuring renowned musicians, an immersive GameExpo, as well as an industry networking event for domestic, regional, and international stakeholders and partners.

The Initiate Summit will bring together esports professionals, industry leaders, and luminaries, giving them the chance to share best practices, assess new technologies, and make investments in both MENA-based and international esports. Visitors to the GameExpo can take part in a variety of events, from retro games to exclusive launches. DET will partner with Dubai World Trade Center to organise both the Initiate Summit and GameExpo.

Dubai, the top esports hub in MENA, has developed a top-notch esports ecosystem as a result of significant investments in technology, infrastructure, education, and a new regulatory framework, as well as a thriving, internet-savvy talent pool. Through DEF 2022, Dubai will be able to further explore, realise, and utilise the enormous potential for esports in the MENA region.

With its catchy slogan, "Play Beyond," DEF 2022 is intended to draw esports organisations and game studios to Dubai, as well as to engage the expanding community of esports enthusiasts and promote the city as a year-round gaming destination. Recently, VSPN opened its new regional headquarters in Dubai, demonstrating the city's status as the top choice for businesspeople, multinationals, and investors.

1,200 delegates to attend 'The Next World' forum to boost Gaming and Esports in...